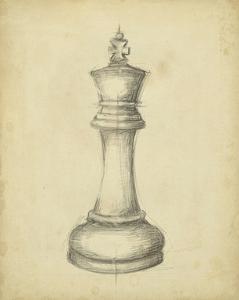 In the game of chess, the king is the sun, the heart, the forces of law and order, his moves are limited by manifestation (Cooper). The evolution of the king’s position of power and influence and the symbolism of the king is reflected in the following list.

The five Buddhist kings of Tibet – known as the Mahapancaraja; comprised of astrologers, magicians, protectors of monasteries, and state oracles; often depicted with broad brimmed hats and flowing garments:

dGra-lha – king of the body

King of clubs – the idea of spirit

King of hearts – the pattern of spirit

King of spades – processes requisite to the manifestation of spirit

King of Ireland’s Son – legendary Irish character, lured away to the lands of the immortals by fairy-women

King of Misrule – during the middle ages an officer attached to English aristocratic houses; “he presided over Christmas revels, and he and his attendants, grossly attired, provided with dragons, hobbyhorses, and musicians, created a great din. At the end of the ceremonies the king suffered a mock death to the feigned grief or genuine delight of the populace“ (Jobes, pg. 930“); also known as Abbot of Unreason, Bishop of Fools, King of the Bean on the Twelfth Night, Lord of misrule, Master of unreason

King of Saturnalia – ancient Roman king who impersonated the god of the sprouting seed; after five days of glory he was sacrificed in a fertility rate

King of Tenedos – ancient Italian king who passed a law stating anyone who committed adultery would be beheaded with an ax; he did not spare his own adulterous son

King of the forest – the oak

King of the jungle – tiger

King of the May – vegetation spirit of medieval Europe; he was dressed in bark and decked with garlands; during a fertility rate, he was pursued by armed attendants who performed a mock decapitation; this ceremonial death was followed by a resurrection

King Sacripant – a brave and boisterous man, from Tassoni’s poem

King’s evil – Scrofula (tuberculosis); from the belief that the king’s touch could cure disease

Lame king – “Holy kings acquired lameness either as a penalty for a victory or in imitation of a dislocation suffered in a wrestling match. Jacob, who wrestled all night with an angel, was so lamed“ (Jobes pg. 931); ruler of a diseased kingdom suffering from winter or drought – the land’s health tied to the king’s health

Unblemished King – represents the spring sun; the ruler of a flourishing kingdom 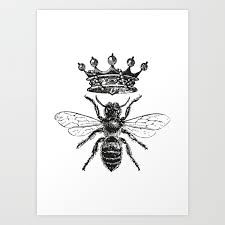 Bees are "very much associated with the feminine, fertility, growth, and motherhood.  The queen bee is often the sole survivor when winter arrives, and she is the one to build the new hive in the spring."

"In the history of symbols the importance of the queen is not necessarily comparable to that of the king; she appears rather as a complementary term in dualities, rarely standing alone, at least in secular texts" (Biedermann, pg. 276). However, Biedermann goes on to state that in legends and fairytales, there are "female royalty from the supernatural realm…that in older times…women were allowed more influence than in the Judeo-Christian era".

In alchemy, the queen represents quicksilver. The psychological significance of the queen, appearing in dreams, may be as a symbol of the feminine principle or the Mother. In the tarot deck, the Queen card represents the soul and the “inner pattern of a particular human personality” (Jobes). Attributes of the queen are the crown, the crown of stars, the turreted crown, crescent moon, stars, orb, scepter, chalice, and the blue mantle. The queen’s color and metal is lunar silver.