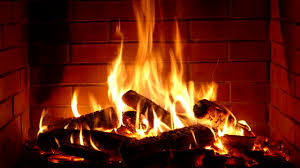 Candle –associated with religious ceremonies; lighting a candle is symbolic of a theoretical preservation of the soul (Walker, 1988); light in the darkness of life; vitalizing power of the sun; the uncertainty of life is easily extinguished; divine light in the world; the Christian Paschel Taper burns for 40 days from Easter to Ascension, it is extinguished on Ascension Day to represent Christ’s removal from Earth; it also depicts the pillar of fire which guided the Israelites for 40 years (Cooper, 1978)

Fire – transformation; purification; light-giving and generative power of the sun; destruction; fusion; immolation; the medium for conveying messages or offerings heavenward; the means of devouring all created things to return them to original unity; baptism by fire restores primordial purity (Cooper); dual symbolism of light and heat; alchemical symbol of unifier and stabilizer; Amerindian symbol of the Great Spirit; Buddhist symbol of wisdom which burns all ignorance; Hindu representation of transcendental light and knowledge; in India a masculine principle personified by the god Agni

Fleur-de-lis – French for flower of the light; symbolic of enlightenment, fecundity, light, primal cause; emblem of Christ as light of the world

Hearth – center of clan and tribal life; an omphalos, the central point around which everything revolves; the interior spiritual center; center of the home, dominated by the feminine; warmth

Lamp – universal symbol of enlightenment; sometimes made of terra-cotta and said to burn perpetually, origin of the eternal flame; life; light of divinity; guidance; shedding light in the darkness; in Hinduism, oil in the lamp represents the ocean and devotion, the wick is the earth and mind, and the flame is love (Cooper)

Lantern – represents illumination and guidance; bringing light to darkness; used to light the way in the underworld; in the East, paper lanterns were decorated with symbols so that when lighted, the symbols would cast shadows during celebrations

Torch – used in Mythraic shrines to symbolize the rising and setting of the sun; viewed as protection from the powers of darkness; represents enlightenment; the wood represents the feminine, the fire the masculine, the “divine male principle springing from the feminine tree, the soul-flame attached to the wood-matter, hence the fecundating spiritual fire“ (Cooper) 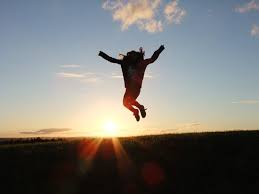 To have no plan is to be totally confident of your personal power. 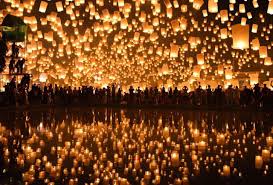 In his introduction to A Dictionary of Chinese Symbols, Wolfram Eberhard states, “It is almost 50 years since Ferdinand Lessing spoke of the ‘symbolic language’ of the Chinese as a second form of language which penetrates all communication in Chinese; which is, as it were, a second-tier communication level, of greater potency of an ordinary language, richer in nuances and shades of meaning“. Following is a brief discussion of Chinese symbolism related to light and the graphic form of the Chinese symbols.

For over 2000 years candles have been used in China for varies ceremonies, rituals, and everyday life. Colored candles were used in marriage ceremonies as early as the 8th century to represent the deflowering of the virgin bride. A set period of time was measured by the amount of time it took to burn a candle down. In the 5th century candles of wax were very expensive, so much so that the Emperor of the Southern Dynasty gave the Emperor of the Toba ten candles as an imperial gift (Eberhard).

One of the five elements is fire, which is associated with the color red and the direction South. Fire, as an element that changes a state of being, blazes and ascends. In Tibetan Tantrism, fire is a male symbol. Fire walking is a spring ritual that is still practiced today in Shamanistic and other purification ceremonies. An ancient New Year ritual took place on April 4 of the western calendar. The old hearth fire was allowed to die out and a new fire was lit with a fire stick to symbolize the transition from the old to the new (Eberhard ). The New Year celebration included fireworks to frighten away demons. The red star Antares is called the great fire and its rise and fall in the night sky marked agricultural seasons and tasks.

Lanterns have long been a Buddhist symbol of illumination and knowledge. Made of many different materials and in varied shapes, lanterns and lamps have been a part of Chinese cultural for centuries. Currently, lanterns are symbols of fertility. Lamps that are known as children and grandchildren lamps are placed under bridal beds. All Night Long lamps were placed beside a bride and groom‘s bed. If they went out at the same time it symbolized a long marriage. Lanterns are also hung under the bed of a pregnant woman (Eberhard).

In China, lanterns signify festivity. As signposts for guests and also for the souls of the departed, lanterns are significant in the Feast of the Lanterns, which takes place in the first Chinese month on the 15th day. This celebration marks the full moon of the year and the Chinese New Year. The lanterns serve to guide the ancestors back to the world beyond after the end of the festivities. Families competed for the most artistically decorated lanterns. Another celebration, a second Feast of Lanterns, is held in the Yunnan region on the 7th day of the 7th month. Lanterns are sent floating down the river and hung along the roadside. The ritual is used to guide departed souls back to the underworld.