One way to understand and classify myths is through a regional paradigm; which views myths in a cultural and geographical framework. Following is a brief summary of world mythography, Part I. (Part II posted March 11, 2021)

Egypt – myths are dominated by gods, kings, and priests; the cult of the gods was more important than the relaying of myth and legend; myths developed to elaborate on the relations between the gods; regional myths were created for the geographical areas of Upper and Lower Egypt; funerary and religious texts and pictorial representation is the source of information regarding Egyptian myth; mythological themes include: order from chaos, creation myths, upholders of order, struggle for power, the cycle of renewal, agents of chaos, and life after death

The Middle East – life centered around a political and religious system; religion was animistic; large amount of texts an omen-literature used to divine in the future; myths originated in scribal centers, recorded on clay tablets in cuneiform script; cities featured many temples and great sanctuaries; representing one of the oldest mythologies, themes centered around: world order, creation myths, man as servant to the gods, mortality, the descent to the underworld, destruction and survival, kingship and succession, and the battle between good and evil

India – diversity of religious, linguistic and social groups led to a rich and varied mythology; narrative myth has been preserved through regional languages, with the most popular myths sustained in Sanskrit in the form of the Puranas; geographically, sacred sites and physical features become in the homes or birth sites of gods and goddesses; central themes are: creation and destruction, order out of chaos, the universe dissolving back into chaos as part of the cyclical pattern, reality as illusion, formal groupings of gods, sacrifice and conflict, protectors of the world, and avatars as evidence of Vishnu’s benevolence

Tibet and Mongolia – originally a shamanistic culture, in the 8th century, overthrown by Buddhism; Buddhist texts were translated from Sanskrit to Tibetan; myths tell of: the origin of the universe and the karmic wind, the sky-descended rulers, the warrior-king, the taming of the gods as a result of the influence of Buddhism, encounters with the spirit realm, the shamanistic view of the cosmos as vertical and structure) heaven above, mother earth below), and initiation

Japan – original Japanese institution was the uji, or clan, with its own mythology; eventually the Yamato clan gained dominance; the imperial family with its divine ancestors became a primary force; Shinto, the native religion, is based on the worship of gods, spirits and objects of reverence; Buddhism merged with Shinto and resulted in complex myths; the two major sources of Japanese myth are the Kojiki or Record of Acient Matters and the Nihonshoki or Chronicle of Japan; themes of myths are: the primal couple, the contest of sibling deities, the divine crisis (the removal of the sun), the Izumo cycle (descent to earth), gods, heroes, demnos, and heroic quasi-historical figures

Greece – Greek myths have been admired, adopted, and adapted; each city had their own myths, heroes, and religious festivals; the same mythological events and biographies are innumerable and often incompatible; the geographic region was diverse with many sacred sites; themes encompass: gods and goddesses as governors of lives and destinies, the birth of the gods, the ancestry of the gods, the origins of humanity, human and divine consorts, gods and goddesses of all realms, the underworld, archetypal heroes, quests and journeys, transgressors or breakers of the natural order, transformation, and races of fabulous creatures

Rome – the vast area and many languages of the Roman empire kept this culture from developing a single set of mythological and religious traditions; Romans absorbed the myths of the people they conquered; the core Roman myths center around the founding of the city and the early legendary heros; mythological themes are: the gods and goddesses, civic virtues, the Great Mother, the foundation of Rome, that she-wolf and the kings of Rome, and the history of Rome

The Celtic World – a linguistic term rather than a geographical term, relating to the areas where Celtic languages were spoken, ranging from Ireland to Turkey; local tribal deities were worshiped; Roman interpretations and preconceptions obscured the original mythological tradition; myths include: the Celtic Pantheon (a miscellany of gods), the antlered god, the mythological cycle comprised of the first and second battles of Magh Tuiredh (which establishes cosmic order), warring heroes, the warrior-hunter Fenian Cycle, goddesses, otherworldly voyages, the Mabinogion (stories of Wales compiled for court entertainment) and the Arthurian legend 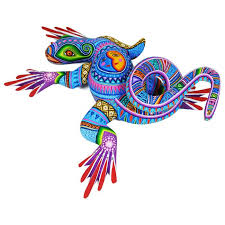 In general, lizards represent good will, health, and regeneration.  As a lunar creature, the lizard was believed to be tongueless and to have subsisted on dew, therefore a symbol of silence.

Lizards that warm themselves in the sun were associated with the sun and light and were sometimes viewed as seekers of spiritual enlightenment. In ancient Greece, the lizard offered itself to Apollo in order to achieve eternal light.

Australian Aboriginal myth tells of the lizard Tarrotarro, the culture hero who was the creator of the sexes and taught man the art of tattoo. In African mythology, the lizard is the embodiment of departed souls. Japanese legend tells of the lizard as a vengeful spirit with supernatural powers.

Mazadaism is the system of religion founded in Persia in the 6th century BC by Zoroaster. In the dualistic belief of two creators and two creations, the lizard is the animal created by Angra Mainyu, the personification of darkness, to destroy the Gaokerama, the Iranian plant of life.

The following is from: http://www.native-languages.org/legends-lizard.htm

Lizards play positive roles in the folklore of many Native American tribes. In Plains Indian tribes, lizards are associated with healing and survival, and also with masculinity. In some Plains tribes, a newborn boy's umbilical cord was sewn into an amulet in the shape of a lizard to ensure his health and strength. Today, many Cheyenne people still consider it bad luck to kill a lizard. In the mythology of some California Indian tribes, such as the Pomo, Lizard was one of the major figures of creation, who made humans partially in his image. In Southwestern tribes, horned lizards (sometimes called "horny-toads" in English) are considered sacred medicine animals; Gila Monster (a type of large poisonous desert lizard) features as a powerful hero in Navajo and other Southwestern legends. In other tribes, lizards are associated with protection (especially of children), prosperity, renewal, and good luck."