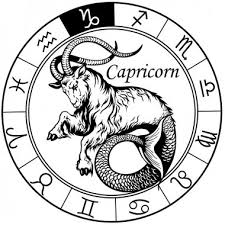 Zodiac literally means animal circle and is the symbol of celestial glory, the complete circuit dome of light, firmament, halo, lofty sentiments, pathway of fate, and time. The zodiac is also the field of sun hero epics. The lunar zodiac is a circle of twenty-eight star groups associated with the days of the month. The solar zodiac is the sun path comprised of twelve mansions associated with the months of the year (Jobes).

The zodiac is also a “symbol of relationship in the universe, and of cyclical and seasonal transformation; it is the Wheel of Life; an archetype; the harmony of the Many and the One; the fall into the phenomenal world and the salvation from it” (Cooper, pg 198). The goat that represents Capricorn in the western zodiac symbolizes the gate of the gods, the janua coeli, in the winter solstice. (The two solstices, at the highest and lowest points of the year, are called janua coeli or heaven's gates.)

In the mansion, Capricornus, the sun enters on December 21, which is the Babylonian month of Tebet. The Sun Carrier varies according to cultural beliefs. In Babylonia the sun carrier is the goat-fish, in China it is the rooster, in Egypt it is the baboon, and in Europe the sun carrier is the goat. According to Jobes, the ruling planet is Saturn; the flower is holly; the Druidic tree is the birch, the element is the Earth; the color is blue-violet; and the birthstone is lapis lazuli or turquoise.

Other associations of the mansion Capricornus is the quality of influence, which is feminine, cold, dry, and unfortunate. Capricornus influences the knees; the keyword or nature is I use; and the type is actional. Guardians or rulers and their corresponding symbols are: the Greek Hesta and her lamp; the Norse Svipdag and hand; the Roman Vesta and the hearth; the Occultist Angel Humiel and the talismanic gem known as beryl. Also associated with the mansion Capricornus are the Hebrew Tribe, the Naphtali; the Christian Disciple Matthew and the Angel; the biblical book of the Gospels; and the tarot card The Wheel. 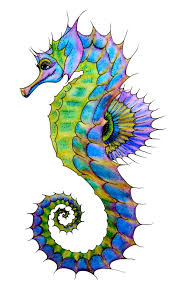 In Roman mythology, seahorses were the steeds of Neptune, deity of the Upper Waters. As attributes of Neptune, they represented cosmic forces and the rhythm of the waves. They were also the steeds of Poseidon, a Greek sea god. Daily, Poseidon rode through the ocean on a chariot pulled by seahorses.

Seahorses represented the lunar and humid element of the sea and chaos. Seahorses also carried the dead safely to the underworld. Because of their unique form, the Chinese regarded seahorses as the lesser sons of dragons. In Norse myth, they symbolized the power of water. 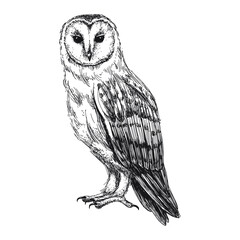 The owl has both positive and negative symbolism. The wise owl is associated with many forms of the Crone goddess who embodied wisdom and morality. Women associated with the wise owl are Lilith, Athena, Minerva, Blodeuwedd, Anath, and Mari. The negative aspect of the owl as a death bird appears in the myth and lore of many cultures and is most prevalent in myths of Central and North America, China, Japan, Egypt, and India.

The owl is the Greek symbol of Athena and the emblem of Athens; sacred to Demeter and regarded as prophetic. Celtic myth tells of the magical aspect of the owl, attribute of Gwynn, the Celtic god of the underworld. In heraldry, the owl signifies one who is vigilant with acute wit. Amerindians called the owl the Night Eagle; the bird of sorcerers.

According to Jobes, in the Dictionary of Mythological Folklore and Symbol, in Christian crucifixion scenes, the owl is an attribute of Christ, “who sacrifices himself to give light to those in darkness. As an attribute of Satan, prince of darkness, typifies deception.“

A symbol of darkness, night, and death, the owl’s cry forebodes calamity, sickness, or death. Vedic attribute of Yama, the god of the dead, the owl is sometimes used as a messenger. To the Ainu people of Northern Japan, the Eagle owl is revered as a messenger between gods and man, the Screech out warns against danger, and the Horned owl and Barn owl are demonic and evil. Owls is also symbolizes meditation, silence, wisdom and is a symbol of the itinerant monks, the Fukuro. In China and Japan, the owl signifies crime or ungrateful children. In China, the owl is also associated with thunder and summer.

The owl is the Australian aboriginal messenger of the evil god, Muurup, who eats children and kills people. In Malayan myth, the owl is langsuyar, a ghost or flying demoness. In Hebrew lore the owl represents blindness and desolation and is considered unclean. In Zoroastrianinsm, known as Asho-zushta, the bird who frightens away demons by reciting the Avesta, the book of sacred wisdom. Algonquin Indians believe the owl was the bird of death. They also believed the owl was a symbol of winter and the creator of the north wind. In Mexican lore, the owl is symbol of night and death.