Great Fucrum of the Cosmos

The Upanishads, sacred texts that form the basis for Hindu philosophy and doctrine, were composed from 600 to 300 B.C. A collection of stories, hymns, metaphors, and dialogs, the focus or lessons of the Hindu texts are the concept of: an interior place, which is the source of being; enlightenment; and cosmic consciousness. The Upanishads teach that the divine resides in the cave of the heart, which is the great fulcrum of the universe where atman (spiritual self) meets brahman (holy power).

The Hindus also created the text, the Kama Sutra, which is more than a handbook; “it is a guide for keeping the principle of desire alive and balanced in the human heart and therefore the cosmos at large“ (Goodwin, 2001). Kama, one of the four goals of life, has to do with “the enhancement of pleasure, the enjoyment of the gifts of the earth, and close attention to things and people” (Goodwin).

Chakras, the Hindu mystical physiology of energy points in the body, are wheels of energy. Of the seven chakras, the fourth or heart chakra is called anhata. It is related to relationship, compassion, and balance. Anhata’s element is air; it’s symbolic animal is the gazelle. If one attains the heart chakra through the practice of yoga one can experience atman connecting with brahman. 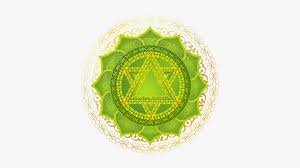 The Universe of the Sandplay Tray

When I view a client’s tray or see a presentation of sandplay, I attempt to understand the scene in a variety of ways. One way to look at a client’s sandplay scene is to see the “structure” in the tray. The structure might include the location of items, the arrangement of miniatures, or the configuration of the sand. I have noticed there are similarities between the structure of the universe (See Cosmic Architecture blog post Sept 2, 2016) and the overall layout of the tray or scene. These similarities are the placement of items along or at cardinal points, the construction of a “center”, and the creation of an axis.

As I gather more information about the structure of the universe, I have more questions. Does placing items or arranging the sand along cardinal points indicate an awareness of an ancient cosmic order or a need for the client to order their experience? When a “center” is created, does this reflect the client’s movement toward a more centered and grounded experience or perspective? What if I witness the creation of a vertical axis (long, upright sticks or a vertical element such as the ladder or giraffe)? Is the client beginning to view their universe or their experience in many layers or levels, therefore gaining more understanding of the complexity of their psyche and/or external reality?

Also, individuals bring to their sandplay work a variety of influences, some of which of include a rich cultural experience, ancestral heritage, and religious or spiritual knowledge. The client’s work may reflect myths and tales from their culture, including personal family myths and stories. In the tray, ancestral heritage may show up as subtly as a client’s orientation to their world and their perception of “place”, as a client who orients objects in the tray to the four directions, or as a client who creates image after image of “center”.

Religious training and/or spiritual practices may influence the order or structure of a scene. Many times I have viewed the arrangement of items in obviously religious formations or in more subtle spiritual configurations. I have seen the sand sculpted into archetypal designs or patterns with religious or spiritual meaning.

Knowledge of myths and legends about cosmic order, along with information regarding the client’s personal history, can add to the many ways of viewing and understanding sandplay.

The structure of the universe and cosmic architecture has been described in myths. The invisible parts of the universe are perceived as layers and directions, as elements and celestial bodies, and in the form of house as cosmic model.

Throughout time, the universe has been viewed as having a vertical structure with heaven above and the underworld below with a middle room where humankind dwells. More complex versions of the three-world cosmos tell of seven, eight, or nine levels of upper and lower worlds. The universe has been depicted as mirror images of the middle realm or as having a cosmic center or axis with heaven above and hell below. The most common central axis is the image of the World Tree.

Myths often described the lateral structure of the universe. These lateral views include the four quarters that relate to the four cardinal directions. A fifth direction known as “center” or “here” is added in Chinese, Celtic Ireland, and North and Central America traditions. Some cultures add to the concept of “center” the belief of “up” and “down” thus creating a universe with six spatial dimensions.

Eastern Mediterranean and North and West African myths view the universe as comprised of four elements: fire, water, air, and earth. These myths also describe the relationship between the elements and the four cardinal directions in an effort to organize the universe: east with  fire, west with water, south with air, and north with earth. The association between elements and directions varies slightly with different cultures. In China, the structure of the universe varies in that the elements in their ancient cosmological view includes wood, fire, soil, metal, and water. The directions associated with these elements are “center”, north, south, east, and west.

Heavenly bodies, as living beings, are often described in myth, the most common being the sun as male deity and the moon as female deity. Yet, there are myths where the sun is feminine and the moon is masculine. In African myth, the male moon is husband the planet Venus. Groupings of stars or constellations are also part of many myths.

For the island people of Southeast Asia, the cosmic model as house or dwelling place is common. Typically the left side of the house symbolizes the underworld, with the right side representing heaven or the world above. The Ngaju Dayak people recognize four cosmic directions with the center of the house being the Tree of Life. In Mali, the Dogon to people build their homes to represent the god Nommo in human form, with the villages arranged in a square to symbolize the earth or an oval to denote the cosmic egg. The structures and village layout are paired to represent the divine relationship between Heaven and Earth.