Searching my resources, Jobes has but a brief mention of the symbolism of the lighthouse: danger, warning, and protection. Specifically a red light is danger and warning, while a white light represent safety and also warning. Only a few lighthouses have both a red and white light.

Lighthouses are certainly more complex as a psychological symbol that a few words in a symbol dictionary. "The lighthouse expresses the totality of nature by uniting the water at its edge, the earth of its foundation, the air it rises into, and the fire blazing at its highest point. All four elements are united in one structure, which thus represents wholeness." (Sharp, 2000) The traditional circular shape of most lighthouse structures may represent wholeness and the height of the towers may be a way to “express the ancient longing to connect with what is divine and to unite heaven and earth" (Sharp, 2000).

The central spiral staircase is symbolic of ascent and descent. The complex symbol of the spiral and the theme of ascent and descent are ancient, appear in myth and ceremony, and are part of many rites of passage. The ancients believed energy, both physical and spiritual, flowed in spiral form. The spiral represents both solar and lunar power, the waters, and rolling thunder and lightning. Does the spiral staircase inside a lighthouse represent or mirror the whirling winds of the storms and churning perilous waters outside of the structure? The spiral is a symbol of all that is helical; that is, the shape of a helix: snail shells, seashells, animal horns, the coiled serpent, and climbing vines.

As I review the ways in which lighthouses have been used in sandplay scenes created by my clients, I see many aspects of this complex symbol. Lighthouses have represented the journey of descent and ascent as the psyche reveals the drop to the unconscious, then the ascent of new consciousness and awareness. The lighthouse has been used to provide illumination and guidance when little else seems to light the way or offer protection. This was especially moving in a series of sand trays created by a young woman searching for and reclaiming her Self.

For an in depth article on lighthouses, rich with symbolism and sandplay examples, please see The Lighthouse by Carla Sharp in the Journal of Sandplay, Volume IX, Number 2, 2000. 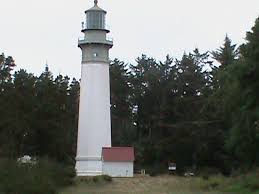 "The lighthouse and lightship appeal to the interest and better instinct of man because they are symbolic of never ceasing watchfulness, of steadfast endurance in every exposure, of widespread helpfulness. The building and keeping of the lights is a picturesque and humanitarian work of the nation." George Putnam First Commissioner of the U.S. Bureau of Lighthouses

The life of the keepers involved 24 hour attention to the diligent maintenance of the light. The daily regimen was tedious and repetitive. At dusk, the tower light had to be lit and maintained during the night, which meant the fuel needed to be replenished. By day, the lamps required thorough cleaning and polishing. Other safety features, such as the foghorn and radio, also needed constant care.

"The keepers existence was made arduous by many factors, not least of which may have been the incessant journey up and down the steep, narrow staircase" (Caravan, 1996). In Westport, Washington, the lighthouse at Grays Harbor has 135 steps. (I know, I climbed them.) It is the tallest light on the U.S. west coast. 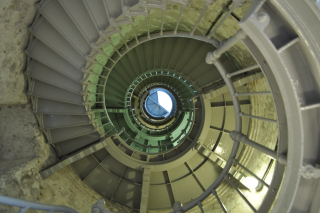 Keepers, along with First or Second Assistants, were also required to maintain the lighthouse, the surrounding buildings, and the grounds. Lighthouse keepers were often isolated and lonely. Men tended most lighthouses. Yet, hundreds of women have tended lights. Hannah Thomas, the first woman in federal service, kept the lights of Gurnet Point Lighthouse at Plymouth, Massachusetts burning during the Revolutionary War. The difficult job of all lighthouse keepers held tremendous responsibility for the safety of others.

A Briefy History of Lighthouses

“Lighthouses are marks and signs…being a matter of a high and precious nature, in respect of salvation of ships and lives, and a kind of starlight in that element.” ~ Francis Bacon

Initially, bonfires were built to guide seafaring navigators. The fires were eventually elevated to extend their range. As innovative structures were developed, coal fires replaced open bonfires. Later, candles and oil lamps, magnified by reflectors were used for illumination. Modern inventions such as incandescent lamps, radar beacons, foghorns, and diaphones (a device which uses compressed air that can be heard for eight miles) have resulted in lighthouses that require very little tending. 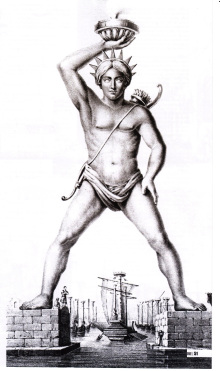 Colossus of Rhodes Image from https://anotherbagmoretravel.wordpress.com/2012/11/10/greece-the-colossus-of-rhodes/

332 BC - Pharos of Alexandria (Egypt) – First lighthouse built of stone and masonry; 400 - 500 feet tall; bonfire atop the structure could be seen for 100 miles; destroyed by an earthquake 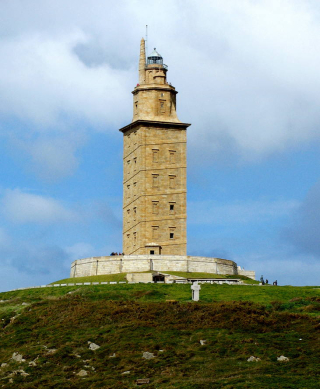 12th century- France and Italy are leaders in lighthouse construction and innovation; over 1500 structures built

1716- Beacon Hill, in Boston, was named for the first lighthouse in the U.S. 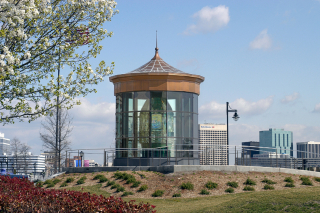 1822 - The Fresnel lens was invented by Augustin Jean Fresnel; a large glass lens which uses reflection, refraction, and polarization to illuminate 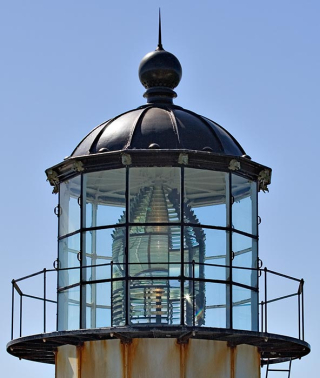 1852- The first lighthouse on the west coast of the U.S. was built on Alcatraz Island

1858- Electricity was first used at South Foreland Light in England

Living on the coast of the Pacific Ocean for the majority of my life had allowed me to pursue my interest in lighthouses. I have taken three road trips: one up Highway 1 along the coast of California, one to the beautiful and rugged coast of Oregon, and one to the many inlets and lush coast of Washington. Planning my adventures ignites the visceral anticipation of exploring these architecturally varied and isolated towers.

Hiking a fern and evergreen lined winding trail to the water’s edge and suddenly coming upon the object of my search, standing radiantly on the edge of a rocky cliff, or driving along a flat and sandy shoreline with the lighthouse growing taller and more substantial as I approach…these moments capture and imprint all the delight and awe of discovery.

Why lighthouses? The painted towers; the remoteness; the symbolism of solitude, strength and endurance. I find myself planning even more adventures and daydreaming about the romantic notion of living in a lighthouse or keeper’s quarters, existing within the history of welcoming and protecting those who travel by water.

The first framed art for my psychotherapy office was a series of three photos arranged horizontally. The photos are of a lone lighthouse steadfast against a turbulent sea. As I view the photos, I see the durability of the structure and not the peril of the raging sea. The photography is by Jean Guichard; the title is Phares Dans La Tempete...The Beacon in the Gale. The photographs symbolize my belief in surviving life's storms.