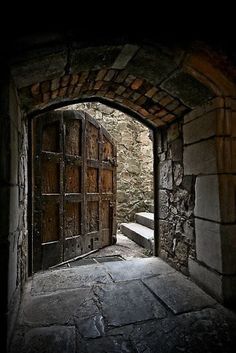 Doors, gates, and portals can represent both physical and psychological access. In terms of sandplay, when doors and gates are used in a scene they may represent transition, initiation, or the ability to pass through. Psychologically, passageways may represent the possibility of transition from one aspect or issue to the next, the positive aspect of movement, or an opening for growth. Closed doors or gates may be a boundary symbol.

Doors symbolize hope, opening and entrance to new life. Also, doors represent a passage from one world to another, from one level of consciousness to another. Doors are the barriers through which initiates pass and also represent initiation. As a symbol of the sheltering aspect of the Great Mother, in some cultures, all doors and windows are unlocked and opened to facilitate childbirth. The door is the Druidic emblem of the oak-king or thunderer.

Gates represent entry to mystical and profound areas, places of divine power. Gates are the opening between one world and another and are often a protective threshold, usually guarded by symbolic animals. A series of gateways may represent various stages of enlightenment. The gate is a Hebrew symbol of the expulsion of Adam and Eve from the Garden of Eden and the emblem of Ezekiel, whose prophecy spoke of the coming of Jesus through the east gate of the temple.

Passages represent change from one plane to another. Successfully navigating passages may symbolize gaining states of consciousness or transcendence. Passages signify or allow the ability to transcend time and space, day and night.

Portals are usually elaborate and are used for entry. They often symbolize the way through which the dead acquired rebirth into a new form of existence.

Thresholds represent the passage from the profane to the sacred. As a boundary symbol, thresholds symbolize the meeting of the natural and the supernatural. They often represent entering the unknown.

The use of gates or portals in sandplay scenes may symbolize the process of preparation and approach, the actual passage or journey, and the experience of successfully navigating the passage. The use of a gate may signal the awareness of or the ability to navigate a psychological passage. 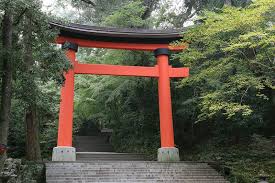 The sacred Japanese torii gate, consisting of two upright posts with a crossbeam, may symbolize themes related to transition and transformation. In sandplay, the torii may represent the readiness prior to a journey, including the preparation one must make. Bradway and McCoard (1997) explain that the torii gate may symbolize "the boundary between the conscious and the unconscious; movement may be in either direction". The use of the torii gate may also be representative of the "release of energy for life which occurs after the experience of passing through the gate" (1997 p. 93). 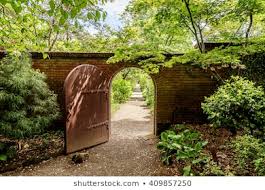 Gates in sandplay scenes can be closed to prevent passage and to protect or open to allow entry or passage. Bradway and McCoard offer insight into the use of a gate in a sandplay process. In an initial tray, the client placed a fence in front of a house. When asked about the fence the client explained that it was between where one lived and the world outside. A subsequent tray showed a house with a fence, yet this scene had an open gate with a dog coming through. "Now there is a gate in the fence and the dog, his instinctual feeling, can go through the gate and connect the house with the world outside" (Bradway and McCoard, 1997 p. 135). 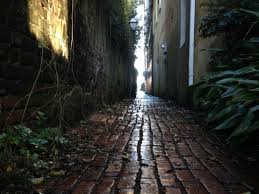 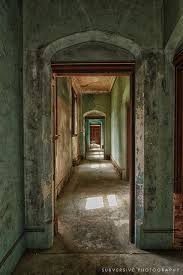